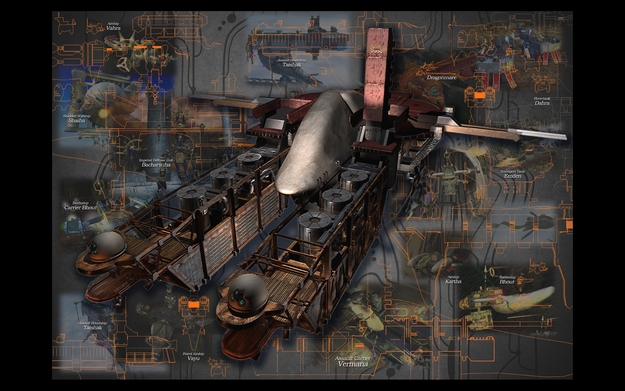 Combat vessels, artillery, transport vessels, aircraft carriers, and various other weapons were developed to provide the Empire with a flexible air force. To each craft is attached chunks of 'rock' that were dug up from the ruins of Ancient Age.