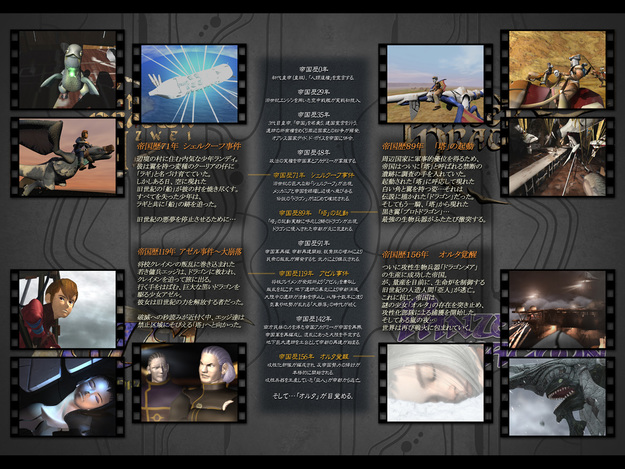 The dragon previously appeared three times throughout the Continent. The battles that it fought are described here, along with a timeline of the history of the Empire as it continues to challenge the shadow of the Ancients.