We've added a new art banner to the website, representing the original Panzer Dragoon game and upcoming Panzer Dragoon: Remake. Thanks to Murozmuromuro for letting us use the image.

Panzer Dragoon: Remake has been officially confirmed for release on Google Stadia! Contrary to some reports on other websites, the official announcement makes it clear that the game is not actually part of the "First on Stadia" titles.

Part 8 of the Art of Panzer Dragoon: Remake Gives Us a First Look At the Creature From the Intro

The Art of Panzer Dragoon: Remake - Part 7 Reveals an Enemy From the Game's Episode 6

Part 7 of Panzer Dragoon Remake's art reveals has been the source of some confusion. Just what is this mysterious object exactly? As always, we delved into the Imperial archives to find the answers in our latest article!

This new batch of concept art by the Panzer Dragoon: Remake team shows us enemies from the game's Episode 2! But what exactly do we know about these mutated creatures?

Introducing the Literature Section and Tags

We've made some improvements to how you can navigate the website. Panzer Dragoon Legacy's new Literature section combines our existing texts into a unified index page and you can also now browse the site by tag.

Part 4 of "The Art of Panzer Dragoon: Remake" Shows the In-Game Model of an Episode 1 Enemy

The Panzer Dragoon: Remake team has released a new video showing a 3D model of a poisonous plant from the game's episode 1. This is just one of the many deadly enemies which Kyle and his dragon must overcome on their way to the Tower!

All of the Fan Art From the Second Half of 2019

During the second half of 2019 we introduced a new way of sharing contributions, particularly the Contributions Feed where we’ve been posting lots of art. I thought it would be worthwhile posting the new fan art we’ve accumulated in a single post....

The Panzer Dragoon: Remake team has unveiled more concept art, this time giving us a closer look at the enemies from the game’s first episode. This gives us a good occasion to compare the new artwork to the information we have available from the...

Forever Entertainment has released more concept art and 3D models for Panzer Dragoon: Remake, this time showing concept art for the dragon rider Kyle Fluge and the Ancient weapon he inherits from the dragon’s previous rider, known only as the “Sky...

Panzer Dragoon: Remake Will Be Available DRM-Free on GOG.com This Winter

While we knew the game was heading to Steam, GOG.com has now announced that they will also be releasing Panzer Dragoon: Remake on their store this winter. They had this to say in the announcement on their website: A new, remade version of...

The Panzer Dragoon: Remake team have uploaded a new video on their Twitter and YouTube channel showing the remake’s in-game dragon model. Compared to the one we’ve seen in earlier videos, this version appears to be missing the holes in the... 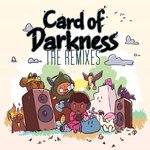 Brave Wave have announced a new remix album for the Apple Arcade game Card of Darkness, now available to pre-order on Bandcamp. Originally composed by Stemage, the second track, “Ergo, Where Go?”, is a remix by none other than Saori Kobayashi,...

Forever Entertainment has issued a statement on Twitter about a recent promotional tweet from the online store PlayAsia. In a now deleted tweet, PlayAsia stated that Panzer Dragoon: Remake is currently available for pre-order on their online...

French publisher Third Editions has released a new book (in French) titled Ludothèque n° 10 : Panzer Dragoon. Written by Julien Goyon, the book explores the history of the Panzer Dragoon franchise. While the book, which has a total of 104 pages,...

Another interview with Panzer Dragoon: Remake producer Benjamin Anseaume has surfaced on the internet, this time courtesy of Oprainfall, a website focusing on Japanese and niche gaming culture. There’s not too much new information to be found in...

It’s great that we’re close to seeing a return of the Panzer Dragoon series after such a long hiatus. Today marks the long awaited return of another classic Sega franchise: Shenmue. Take a moment to celebrate the launch of Shenmue III with us,...

A new trailer for the upcoming Sonic the Hedgehog movie was revealed today, showcasing a completely redesigned (and vastly improved) 3D model for Sonic himself. Something that also caught the eyes of Sega fans around the world is the fact that the...

We recently had a chance to get a few of our questions about Panzer Dragoon: Remake answered by the game’s producer Benjamin Anseaume of TA Publishing! Our thanks to him for answering the questions and to Monika &amp; Kamila from the Forever... 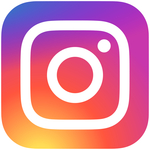 Traditionally we’ve always posted new art and other content that fans contribute as news updates here on the front page of Panzer Dragoon Legacy. However, the way in which people consume content has changed considerably (“social media” didn’t even...

Panzer Dragoon: Remake Teams Asks for Your Opinion on the Game's Dragon Model

Panzer Dragoon Saga Disc 1 like you’ve never seen it before! (Update 26/12/2019) We’ve also added some behind the scenes photos of the event to our gallery. My thanks goes to IcogamerXC and his sister for their entertaining...

Panzer Dragoon: Remake Has Been Confirmed for Release on Steam This Winter!

After its initial announcement for the Switch, Forever Entertainment have now confirmed that Panzer Dragoon: Remake will also be released on Steam this Winter! You can view the game’s page on the Steam store and add it to your wishlist. ...

The official Xbox Game Pass Twitter account has confirmed that Panzer Dragoon Orta isn’t actually available on the Xbox Game Pass in all regions. Judging from the reports of people on social media, it appears to be limited to the US only. This...