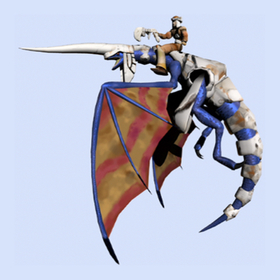 Draikin created a Panzer Dragoon Orta website, also called Panzer Dragoon Legacy (the name was later used for this site instead of The Will of the Ancients). In 2010 an agreement was made to merge his site into this one, making Draikin an administrator in the process. Over the years Draikin has contributed to Panzer Dragoon Legacy extensively with news and other articles, along with helping to run our social media channels.