During the latest Nintendo Direct E3 2019, Forever Entertainment has revealed the first trailer for its upcoming remake of the original Panzer Dragoon. Scheduled for a release this winter on the Nintendo Switch, the game has received a...

Chris Kohler from Kotaku has published a new article titled How Panzer Dragoon Defined The Sega Saturn Era which looks at how the series and the Saturn hardware went hand-in-hand. Although repeating much information from the GDC talk, it’s still...

The official GDC YouTube channel has uploaded the entire Panzer Dragoon Classic Game Postmortem talk, where Yukio Futatsugi and Kentaro Yoshida looked back on the development of the original Panzer Dragoon trilogy. While the most important points...

Galerider 1.4 Released and My Impressions of the New Content

The folks at Orion Arts have released a new update for Galerider, their Panzer Dragoon-like shooter for iOS. Version 1.4 includes two new wind drakes that you can ride, and two new areas (comprising of six new stages). To give you an idea of...

Daniel Choo from Orion Arts has informed me that a major update will be released for the Panzer-esque shooter in April: The Galerider team has been hard at work for the past few months and we have some exciting news to share! We have a...

Yukio Futatsugi and Kentaro Yoshida recently presented a “postmortem” talk on the Saturn Panzer Dragoon games at Game Developers Conference 2019. In a series of tweets, Brandon Sheffield has captured some of the slides from the talk. Key points...

A New Fan Art of Edge

Just a single fan art for this update, but it’s of a character who is often overlooked in favour of Azel and Orta. A special thanks to Adamz for this latest contribution. 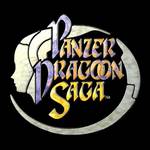 A New Way to Explore the Site: Browse By Your Favourite Panzer Dragoon Game

Previously the only way to browse the site was by first choosing a media type (e.g. Articles or Pictures). But this approach groups categories related to every Panzer Dragoon game all mixed together; if you wanted to just view content related to a...

Yukio Futatsugi and Kentaro Yoshida to Speak at GDC 2019

Galerider: iPad Version and Cloud Saves on the Horizon

Galerider’s Twitter account recently shared the following statement: Going for iPad support and cloud save. Hard at work on both those features right now 💦 Given the similarity between iPhone and iPad (they both run iOS), I imagine the...

Thanks to our various contributors for this lastest batch of fan art: Here’s to an artful new year.

Back in the 90s, it was common place to PCs to come with a 3.5 inch floppy drive. Sega released a version of the Panzer Dragoon’s soundtrack in MIDI format, and the entire soundtrack fit on one of these 3.5 inch disks. It was called Panzer Dragoon...

Now that the Panzer Dragoon community is bound to become more active, we’ve created a new Discord server for our community. While I’ve already joined several Discord servers from other communities, this is the first server I’ve created. We’re...

Forever Entertainment, probably best known for developing and publishing Fear Effect Sedna, has announced that they will be releasing remakes of Panzer Dragoon and Panzer Dragoon Zwei! The remake of the original Panzer Dragoon will feature...

Version 1.3 of Galerider, the Panzer Dragoon-esque rail shooter for iPhone, has been released on the App Store. The game is now available in a number of new regions: France, Germany, Japan, Korea, Brazil, Hong Kong, Taiwan and Latin American....

Brave Wave are currently selling signed vinyls of Resurrection: Panzer Dragoon Saga 20th Anniversary Arrangement over on Bigwax. If you’re from Europe, Oceania, Africa, Asia, the Middle East, or Latin America you can grab one, but you’ll need to...

Lusty Lundi has contributed two new drawings. The first depicts Mobo celebrating the birth of his child, and the second is of everyone’s favourite drone. As you can see, both drawings are available in coloured and uncoloured variations.

Questions and Answers with the People Behind Galerider

The Galerider team has kindly answered some questions about the new Panzer Dragoon-esque title for iPhone. My thanks to Daniel Choo and the development team at Orion Arts for providing this additional information about the game. Panzer Dragoon...

Galerider 1.1 Released and My Impressions of the Game

Orion Arts has released version 1.1 of Galerider on the App Store, which fixes the UI scaling issues on newer iPhone models. The game should now be fully playable on modern iPhones (6S and above). With this fix released, I’ve been able to play...

Galerider is Now Available on the App Store!

Galerider, a new Panzer Dragoon-esque rail shooter, has been officially released on the App Store. Congratulations to team at Orion Arts on the launch! Galerider requires iOS 11 or later and is compatible with iPhone (an iPhone 6S or later is...

Galerider Launching on iPhone, Planned for Android "Much Later"

We have some additional information regarding the platforms that Galerider will be available on. Daniel Choo from Orion Arts has provided the following statement: Unfortunately the iPad will not be supported. Given the iPad’s form factor...

Galerider, a new dragon rider combat game for iOS that looks a lot like Panzer Dragoon will now be launching on October the 10th. Orion Arts has released a new trailer and screenshots: https://www.youtube.com/watch?v=-YRxbEp3wXs ...

I’ve added six new pieces of fan art to the site. Thanks to the many contributors for this round of art. You may also notice we’ve split some of the site’s categories, including fan art, into smaller, game-specific categories. As an...

Singapore based mobile developer Orion Arts has announced a new mobile game, a dragon riding adventure called Galerider. The reason we’re posting it here is that it looks a lot like a certain other dragon riding rail shooter, complete with lock on...