The announcement from the Panzer Dragoon Voyage Record Twitter is as follows:

We have decided to postpone the game video release and crowdfunding for Panzer Dragoon Voyage Record next year due to various reasons.

We will keep you posted on our Twitter account regarding our plans, so please wait for further updates.

They’ve also shared a clearer image of the Guardian Dragon model that will be used in the game: 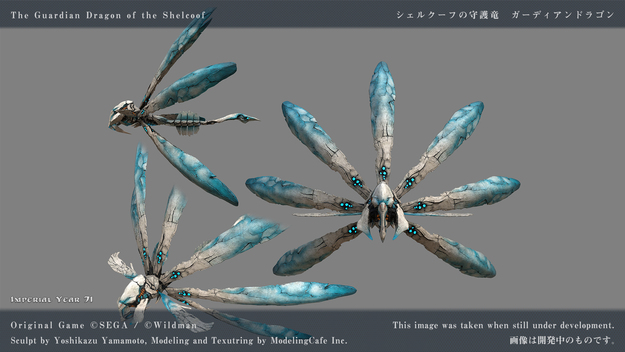 As the last new information for this year, we will be showing the polygon model of Guardian Dragon, which was demonstrated with blurring in the September video.

Guardian Dragon is the nemesis of Panzer Dragoon Zwei, who stands in the way of Lagi and Lundy with a variety of attacks, including a fisticuff using its massive 108-Ln (120-meter) long body, light particles emitted from its body, and homing lasers.