If you're lucky enough to have played through Panzer Dragoon Saga, you've probably wondered what happened to Edge after the game's conclusion. This article argues that Edge died. 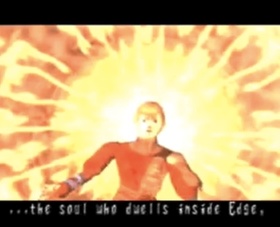 The Divine Visitor's identity is revealed.

If you remember the opening sequence to Panzer Dragoon Saga you will remember that Zastava, one of Craymen’s soldiers, shoots Edge, and the young mercenary falls into the chasm below. Edge should have died, but a ball of light saved his life. You may have noticed that the light ball enters Edge’s body right after you, the player, enter your name. When entering your name, the game asks you explicitly to enter the name of “the one who controls Edge”. You, the Divine Visitor, “the soul who dwells inside Edge” as the dragon calls you, is the one who saved Edge. 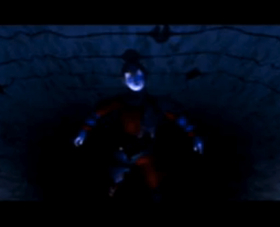 The question we should be asking is: did the Divine Visitor really save Edge or was he not really living, just being kept alive? This is where some guess work comes in, and my guess is the latter, that Edge actually died. However, I don’t believe it is an unreasonable assumption. The moment that Zastava shot Edge he did not have long to live; a chest wound like that would have killed any un-armoured human being instantly. The Divine Visitor’s orb takes some time to descend into the chasm and bring Edge back to life; in that time, Edge’s body would have very likely shut down completely. I believe that Edge died, but that he wasn’t so far gone so that the Divine Visitor’s orb couldn’t resuscitate him. His memories appeared to still be in tact, and his body just as functional once the orb had repaired it. The Divine Visitor was essentially keeping him alive by being inside of him. When the game ends, the player (and subsequently the orb keeping Edge alive) leaves the world of Panzer Dragoon, leaving Edge to rest in peace. 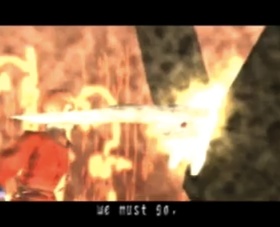 The Heresy Program prepares to leave.

There are several reasons that I reject this view. Firstly, when the Divine Visitor destroys/deactivates the Heresy Program at the end of Panzer Dragoon Saga by pushing the button, the Heresy Program tells the Divine Visitor, “thank you, we must go.” Edge then disappears with the dragon, suggesting that he also went where the Heresy Program did: to his demise. The screen, filled with a view of Sestren-space, shrinks to black as if the Heresy Program’s deactivation is shutting down the entire network. Panzer Dragoon Orta later confirms that this assumption is false; the network still exists. Nevertheless, both Edge and the two halves of the Heresy Dragon disappear from view, suggesting that they were no longer present in the world of the living. Team Andromeda may have intended both halves of the dragon to be destroyed/deactivated as well, although when Smilebit took up the helm in Panzer Dragoon Orta they wrote in a new story for the physical dragon after Panzer Dragoon Saga’s conclusion. 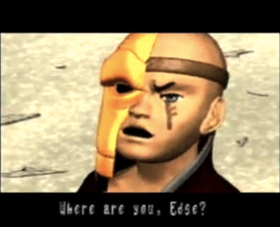 All this is not enough to confirm Edge’s death, however, but I shall draw on two other sources in Panzer Dragoon Saga that suggest he never returned from Sestren.

The first is when Gash is waiting in the valley, the place where Edge promised to meet Gash after he had defeated Sestren. Given Gash’s impatience, he appears to have been waiting for some time, but Edge never shows up. Nowhere in the series is it confirmed that Gash and Edge ever reunite. A default position then is to assume that this sequence implies that the two characters were never reunited. And although Gash hears the sound of flapping wings, it could have either been his imagination or the dragon on its own without Edge. 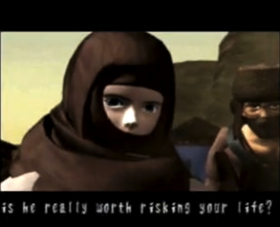 An'jou advises Azel not to look for Edge.

The second source is the final epilogue, where Azel sets out on a coolia to find Edge. An’jou warns Azel not to go looking for her friend, stating that it would be suicide. Azel nevertheless continues her quest, riding off into the desert on the back of one of An’jou’s coolias. Her love for Edge, although not explicit in the Japanese version of Panzer Dragoon Saga, was enough to make her throw aside caution in her quest to find the young dragon rider. Edge, likewise, clearly cared about Azel. In the final scene before Azel destroys the Tower, Edge promised that he would come back for her, begging her to wait for him. If he was alive it seems odd that he would not try to find her (or Gash for that matter). 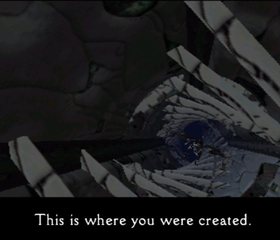 The place where Orta was created.

However, it’s possible that Edge didn’t die, but was merely trapped in Sestren, unable to reach his friends. To show why this is unlikely, I will turn to new evidence from Panzer Dragoon Orta. When I wrote the original version of this theory, Panzer Dragoon Orta had not been released, so the trapped-in-Sestren hypothesis seemed much more likely. A recording, left behind by Azel and discovered in the seventh episode of Panzer Dragoon Orta by Orta, sheds new light on Edge’s fate. Azel tells Orta, “at the end of my fruitless searches, you are my only answer. Born of a human and a Drone, you have the power to change the world.” Azel also tells Orta, “My child… you carry my spirit. And his spirit, as well…”. As we know from Panzer Dragoon Saga’s epilogue, Azel was searching for Edge, and it appears from his recording that she was unsuccessful in finding him due to he use of the word “fruitless”. At the same time, however, she tells Orta that she was born from a human (Edge) and a drone (herself), implying that she did find Edge… but not alive. Abadd sheds further light on this when he tells Orta that, “you were created from her genes and the human’s gene data within Sestren.” This strongly implies that Azel used Edge’s DNA (either from a recording in Sestren, or from his remains) to create Orta artificially, rather than using traditional means of reproduction (it is unlikely that Azel had to ability to reproduce sexually anyway). She was fruitless in finding Edge alive, but found some trace of him that allowed her to create a daughter using his DNA.

If Edge survived, but was trapped in Sestren, then Azel’s search to find him would not have been fruitless. If Edge survived and had the opportunity to leave Sestren, then he would have tried to find Azel and in finding her, her quest would not have been fruitless. Putting aside other unknown variables about Edge’s fate, I will conclude that Edge died at the end of Panzer Dragoon Saga, a grisly fate, but not one that is out of place in the harsh Panzer Dragoon world. Heroes don’t live for long in this world and fade from historical memory, while villainous emperors are remembered for acts of heroism that they never performed. Nevertheless, Edge’s sacrifice was remembered by the few people he knew and cared about; his legacy, too, would live on through Orta.