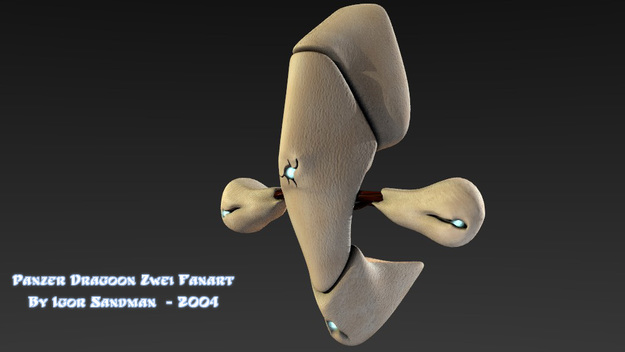 Many ancient robotic guardians patrol the Ancient ruins in the Panzer world. Here is one of them. Note that the colour and texture of its armour has more in common with bone than anything else, as if it was grown as opposed to built.