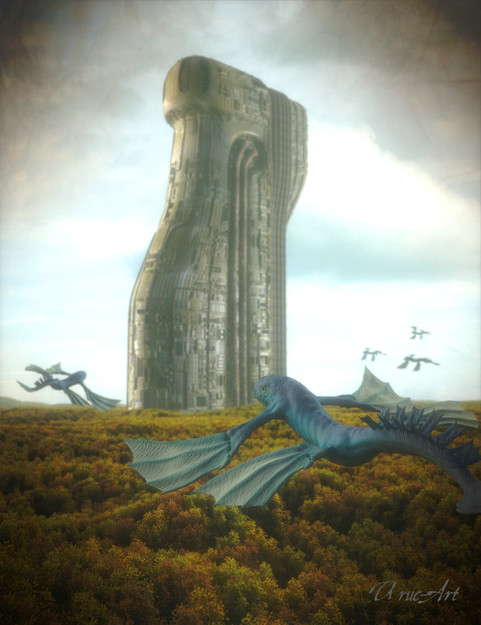 Although it not directly related to Panzer Dragoon, "Nago Tower" bears a striking resemblance. It takes place in a world that is abandoned by the gods. Left behind are these huge towers.

No one knows why the towers are there. Some animals are attracted to them. The story begins in a small village at the foot of a mountain in a desert. There, the last people to live in search of water, since their river is slowly drying up.