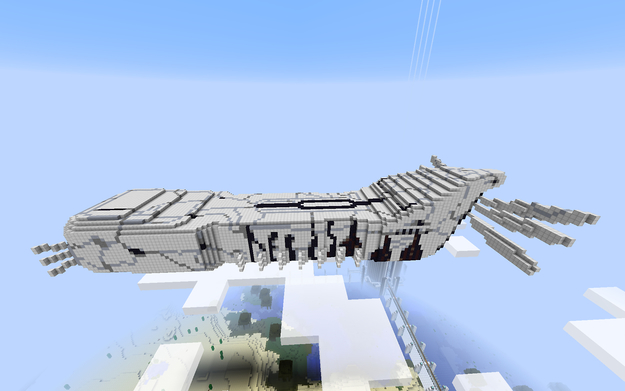 "My ode to one of my favorite game series ever. Built block-by-block in create mode, no mods or tools were used to make it easier. I used concept art, screenshots, and some Photoshop to help create “blueprints” to build from."