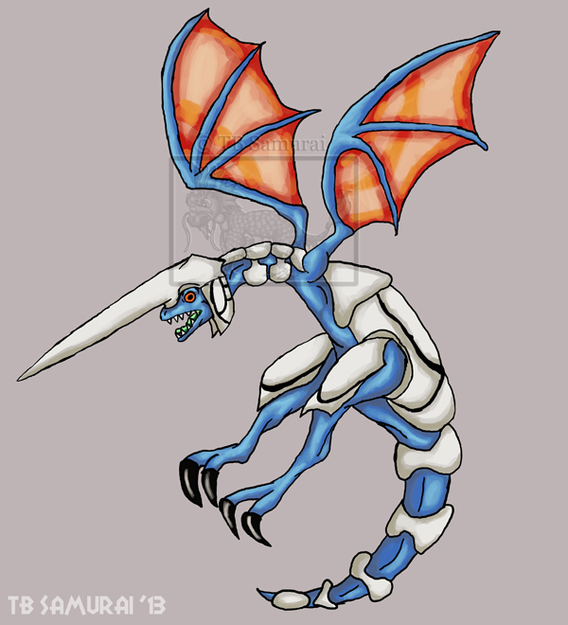 "I haven't drawn anything in several months. I just no longer had any interest anymore. But while coming back home from Wal-Mart with my parents, I got this picture in my head and had to draw it. I'm also getting this on a T-shirt."

“It’s the Solo Wing dragon form from the Panzer Dragoon games. I’m currently playing Panzer Dragoon Saga again. Even though this is my favorite form of the dragon, I don’t feel like getting all of the D-Units and crap this time. I got it the first two times I played it. The first time I got it, I didn’t even beat the game because I was sick at the time and I was in the final area and I was getting lost trying to find a save point because I was feeling really bad and I wanted to stop and rest. I just ended up turning off the Sega Saturn without saving after looking around for a while.”