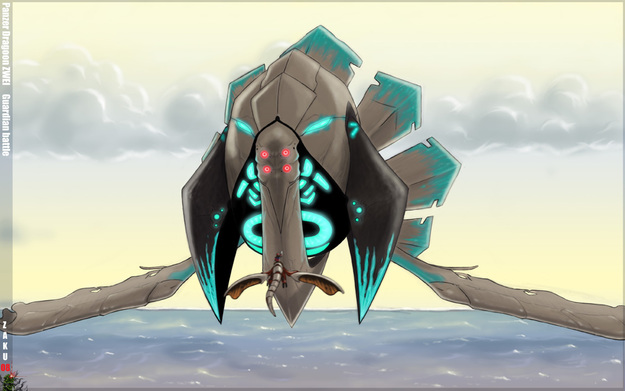 "This is an image of the turkey boss from Panzer Dragoon Zwei. Didn't quite do it the justice I wanted to. Nor did I get it 100% accurate. But I hope fans of the game enjoy it anyway."