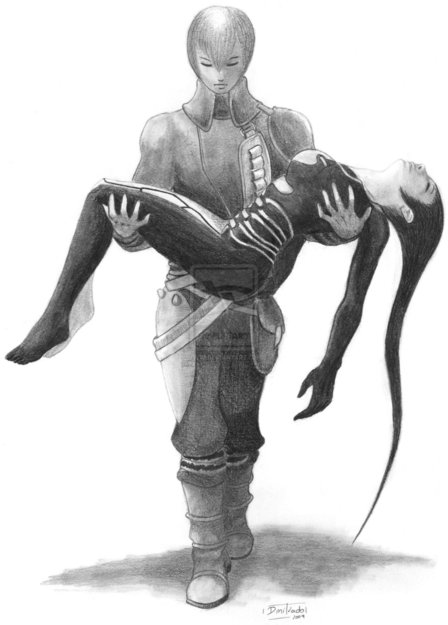 “I think it is a touching scene as the characters end up being quite fond of each other.

There are two things I want to point out:

ONE: I know Edge is supposed to be a kid/young adult. I thought he would look better with a more mature look.

TWO: I know Azel does not have…..hmmmmmm……boobs. She’s quite flat. But drawing girls with no boobs is a no-no.

So, there you have it. Hope you enjoy it as much as I do.