The Dark Dragon Shooting a Laser 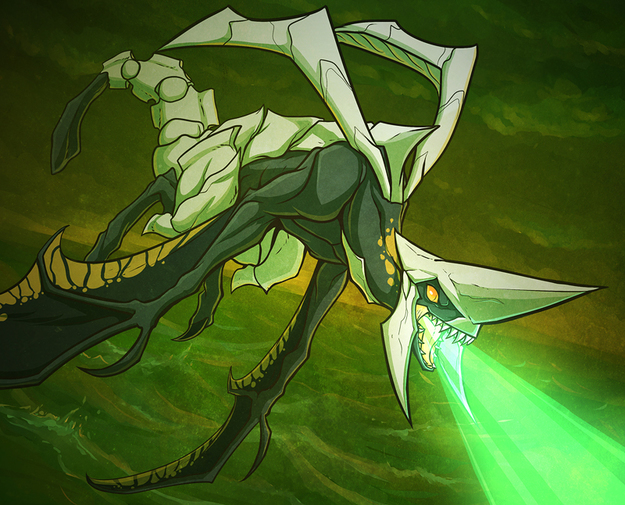 An epic picture of the Dark Dragon from the original Panzer Dragoon. Here we see him firing a green laser while flying over a stormy ocean.

“Since it was my last week in Canada, I thought I should take advantage of being in close proximity to a Sega Saturn, and decided to play through the first two Panzer Dragoon games. Afterwards I decided that wasn’t quite enough to satisfy my need for laser spitting hell beasts, so I also watched the hilariously bad OVA afterwards, which in turn inspired this.

So ayup, it’s the Black Dragon. I MEAN. “DRAH-GON” according to Keil. The design is a weird mix of the model from the game, and how it was portrayed in the OVA (I actually really like how the dragons look in that, fff), although he should be WAAAY bulkier :C OH WELL.

Oh, and the speed-painted background is based on episode 6. IT LOOKED THAT PUTRID GREEN ON MY TV, OKAY?”