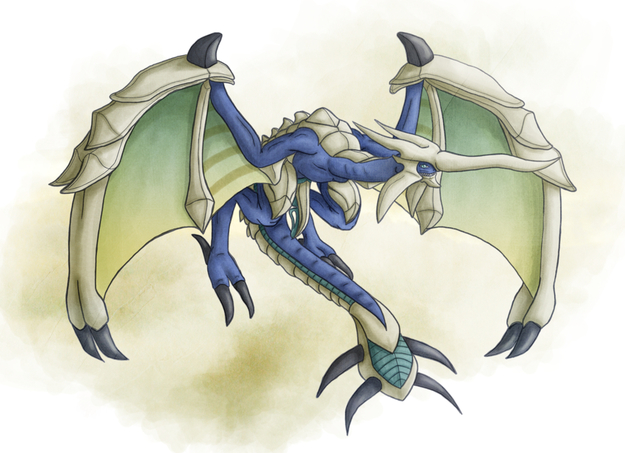 "It started off as a Panzer Wing dragon, but soon mutated into something different. I'm calling this form the Blitzkrieg Wing. Unless anyone else wants to come up with a name?"