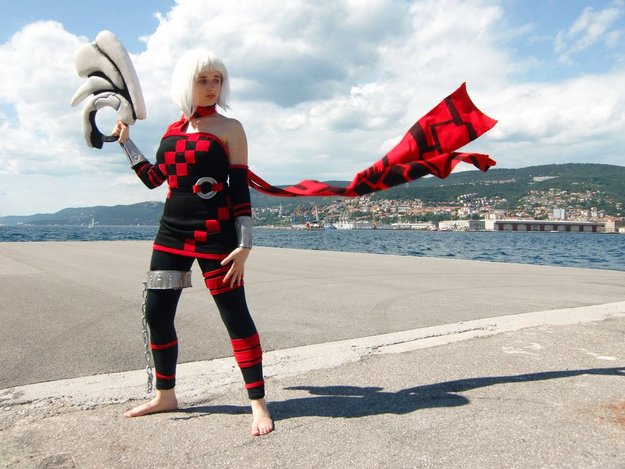 "Scarves, are you really doing that thing I was hoping you would?" "Yes Pinny, yes we are!" "Good scarves."

“Now for the Cosplayer’s Corner of Fun Design Anecdotes: yes, it’s two scarves, not two ends of one gigantic scarf. They aren’t just wrapped around her neck: the other end of both is sewn to the top of her body, thankfully doubling as suspenders and keeping the décolleté where it should. Well that and a massive dose of prosthetic adhesive - better safe than sorry.

Re: title, Trieste, this photoshoot’s location, is famous for its strong bora wind… and for being a pretty windy place all year round! I was posing as an Uru explorer the evening before the convention and we couldn’t keep the camera straight… on the following day, all we could muster was this tiny gust.”