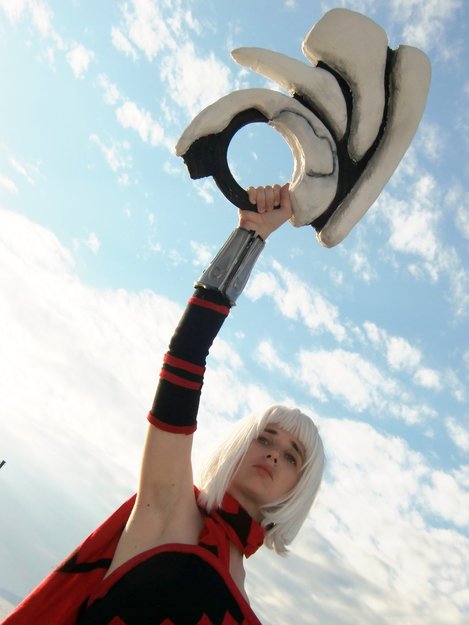 "Its base is made of multi-layer plywood. As you can see in a couple of sunny pictures, the black surface is streaked - that's rope, glued onto the wooden surface thread after thread, following the artwork's pattern."

“The interesting part came with the spongy white parts, which are made of a double layer of thick foam rubber, one per side, and joined at the borders with the same technique I later used for End of Ages’ Slate. Thanks to a flexible filler and rubber paint, the thing is, once again, squishy.”