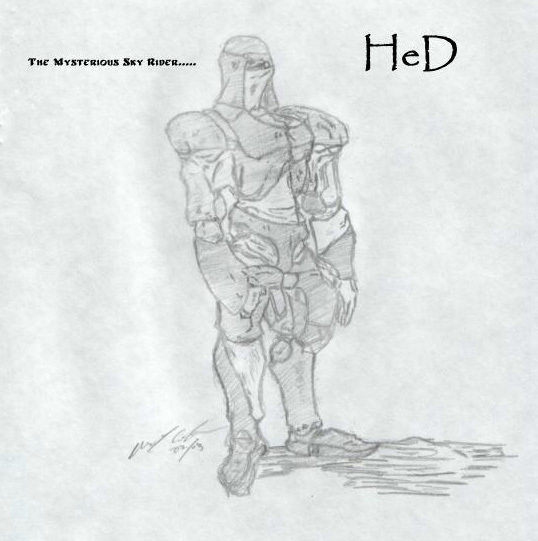 A fan picture of the mysterious Sky Rider from the intro of Panzer Dragoon. Just who or what is under that armour remains unknown by fans of the series.