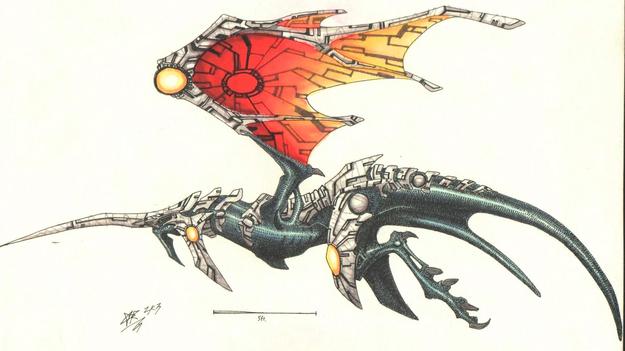 This form can't be found in any of the games; it was invented just for this drawing. The design is almost robotic, but fits into the world of Panzer Dragoon if you compare it to ships such as Mel-Kava.