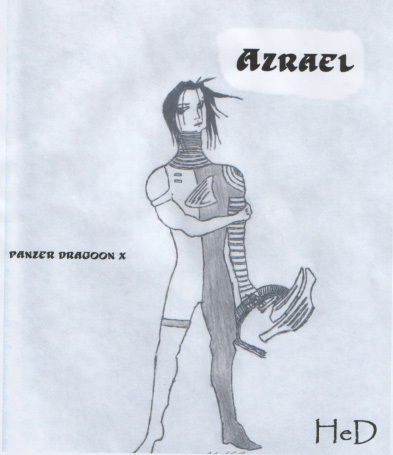 A pencil sketch of the character Azrael from Neil's fan fic, Panzer Dragoon X. If you want to learn more about this drone that is the story to read.