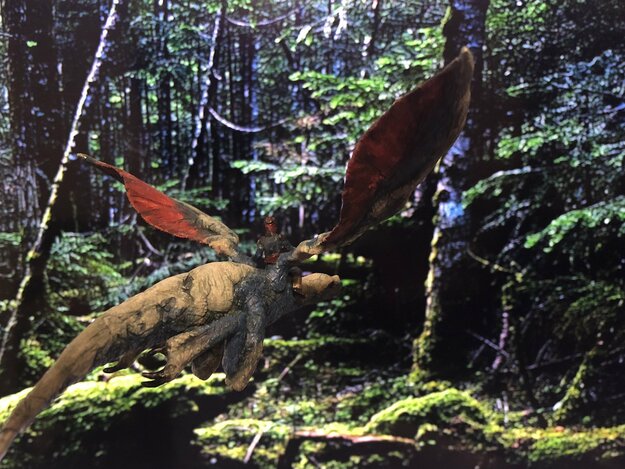 A figure of Lagi's second playable form in Panzer Dragoon Zwei. It is being held in front of a computer monitor displaying an image of a forest.