Kheel and the Dragon 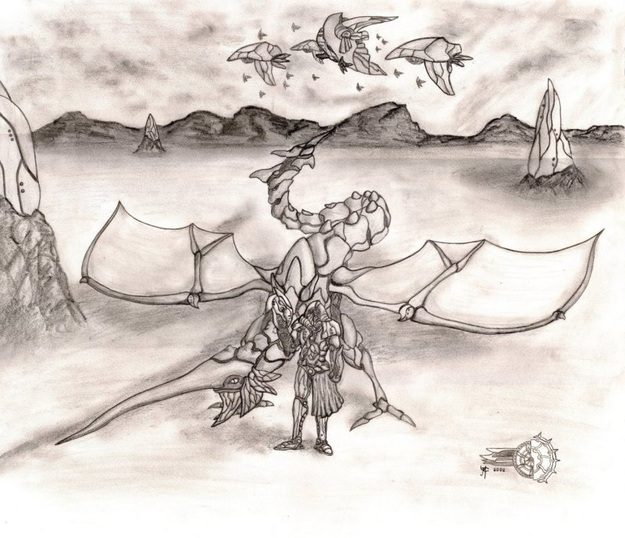 A made up dragon form, invented for a Panzer Dragoon fanfic that was set 100 years after the original game (but was stopped as the story didn't fit with Panzer Dragoon Saga).