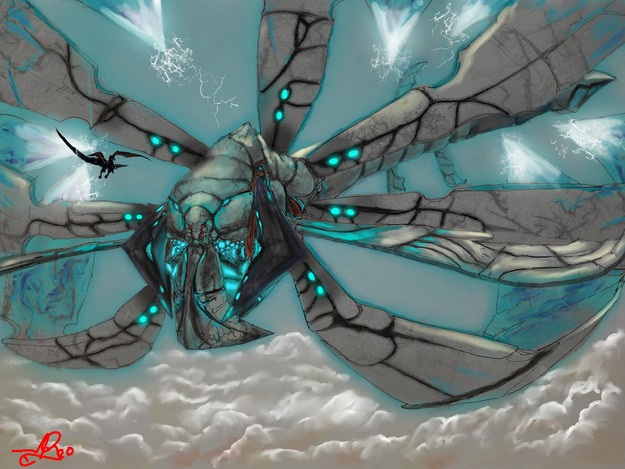 A stunning pen and ink depiction of the Guardian Dragon, the final battle at the end of Panzer Dragoon Zwei. Created using Affinity Photo.

“Finally, I have churned out an illustration of the Guardian Dragon. Please give me any pointers as to how I can improve the image and I’ll reupload. Seeing as we’re rightfully fastidious about the franchise’s presentation in the wake of Panzer Dragoon: Remake.

The ‘charge’ posture… a la Atolm’s Lightning Storm attack, or how his cannon recharges, is my own addition. Plus it’s a nod to the creature’s stasis shifts in Saga, - though that was probably due to it being blasted halfway to Hell.

I’m very much for changes and additions to enemy behaviour and attacks so long as it doesn’t detract from the mechanics of the game itself.

I’ve always loved how ethereal and placid the cloud layer above Georgius is… it frames the ancient monstrosity so well as he seems to swim through the air. Its huge fins pulsate in whiplash unison like a jellyfish!”