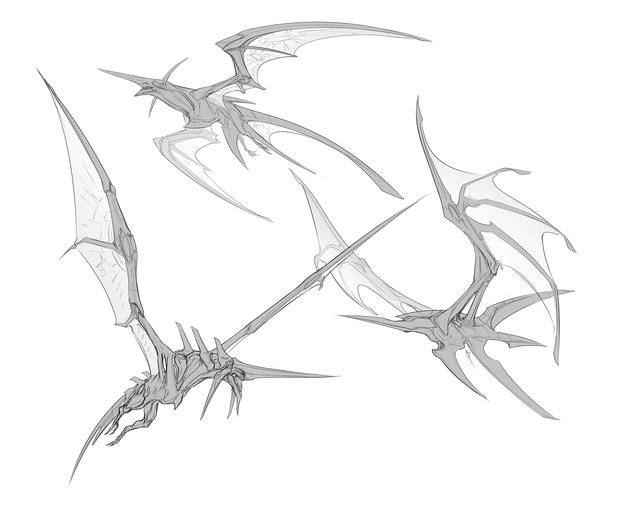 "So I saw a Panzer Dragoon art thread the other day and was 100% thrown back into my childhood. I just had to do some tribute sketches..."