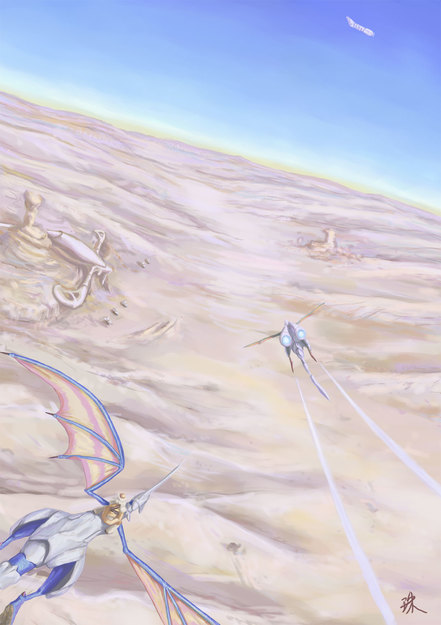 An image of the Blue Dragon and his rider chasing after the Prototype Dragon. The picture is also full of references to the other Panzer Dragoon games, such as Shelcoof from Zwei and Atolm Dragon from Saga.