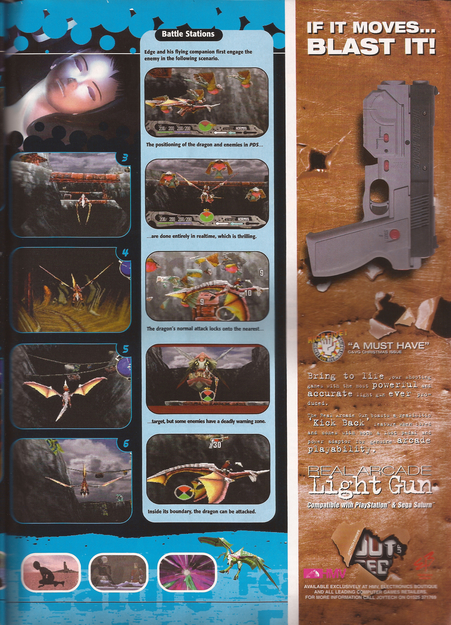 An old issue of the UK magazine Saturn Power. Inside is a preview of Panzer Dragoon Saga. The ages of the main characters along with background information about them is described by the previewers.