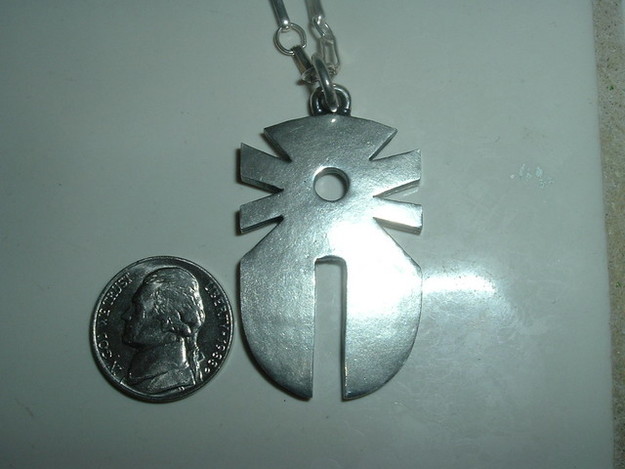 Another necklace based on the Empire's flag, similar to Sestrenegade's Imperial necklace. The image shows its size in comparison to a silver coin.