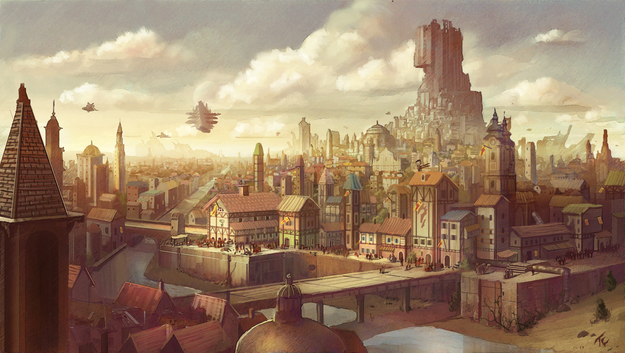 Located on the edge of the western continent on the ruins of an Ancient vessel, was once a mere tribe that grew into an expanding nation of humans.