Cockatrice of the Sky 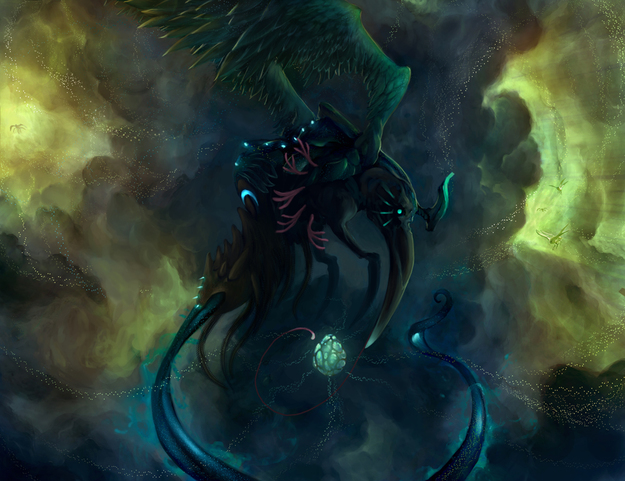 Inspired by Panzer Dragoon. Cockatrice, the medieval name (a corruption of "crocodile") of a fabulous serpent supposed to be produced from a cock's egg. What if a cockatrice had offspring, turning the sky black?