Forever Entertainment has released more concept art and 3D models for Panzer Dragoon: Remake, this time showing concept art for the dragon rider Kyle Fluge and the Ancient weapon he inherits from the dragon’s previous rider, known only as the “Sky Rider”. Kyle’s new concept art shows 3 different takes on his new design, with the one on the left appearing the most like the original. The weapon concept art however appears to be more of a departure from the original. While showing some minor differences between the two dragon riders’ guns, the remake’s design also includes glowing parts in the guns, reminiscent of the Bioluminary Oscillator often found in bio-engineered creatures and weapons from the Ancient Age. In that sense this new addition can easily be supported by the game’s lore. 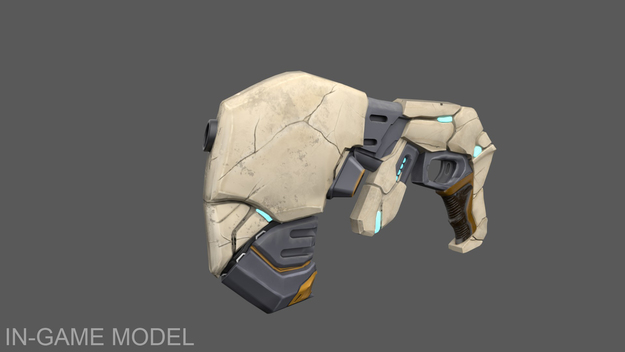 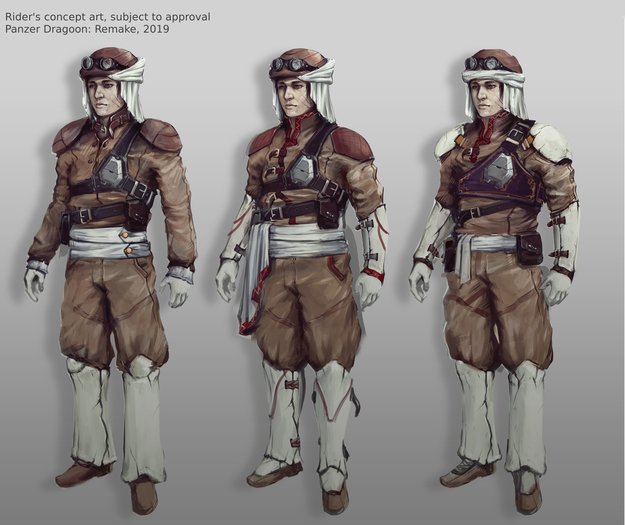 More surprising are the seemingly metal parts that make the gun appear more like a conventional firearm, coated with the Ancient’s ceramic-like white material that’s so characteristic to the Ancient design. It’s not clear if this was an intentional design choice as the dragon rider guns in the previous games, like drones and dragons, appeared to be almost entirely built from that ceramic-like material. While the gun’s design isn’t necessarily unfitting of what we see in the world of Panzer Dragoon, it’s something you’d expect to see from the current-day humans in the Panzer Dragoon world trying to incorporate Ancient technology in their weapons (the Imperial ships are the best example of that).

Admittedly, the dragon’s gun is rarely shown up close so it’s likely a non-issue regardless. In comparison the far more important dragon model also looks much closer to the original design. Nonetheless it would be interesting to learn more about the thought process behind the new design for the guns. We do know Forever Entertainment is willing to listen to constructive feedback, so if you’d like to share your own thoughts on the matter, you can do so on their Twitter account!