Looped Version of "The Unexpected Enemy" from Yayoi Wachi found on Panzer Dragoon II Zwei Original Soundtrack. You can hear this track while fighting the Guardian Dragon in Georgius (Disc 2).

As this track was not composed by Saori Kobayashi, it is not found on the Azel: Panzer Dragoon RPG Complete Album. 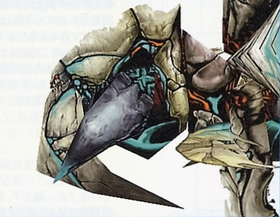