In the Shadow of the Great Fall

Thirty-six years have passed since the events of the Great Fall, a dark period when the world underwent many sudden cataclysms. It was then that the greatest monuments of the Ancient Age - the structures known as Towers - were forced into inactivity; the Towers had been built long ago to control all life on the face of the planet, but they also existed to regulate the world’s environments and ecosystems, so their destruction brought many geological upheavals. The human Empire, which until that time had ruled the Continent with an iron fist, was all but annihilated; the battle over the Towers had levelled the Empire’s capital city, destroyed its fleet of flying battleships and caused the death of the Emperor himself, thus bringing the reign of the old Empire to a close. The smaller factions that remained only succeeded in creating further chaos with their petty wars, and half the population of the Continent perished as the Great Fall ran its course. However, the Imperial Academy, the very heart of the old Empire, managed to live on in the growing shadows. 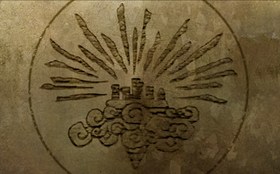 It was decades later that hope for the Empire finally emerged, and it came from an isolated island state off the southern coast of the Continent. The recent past had seen the death of this nation’s king, and the state had plunged into a civil war, as conflict had broken out over who should be the successor to the throne. A vast number of refugees fled to the Continent during this time, and thus the dying Empire’s need for an army was satisfied; the remaining Imperials formed an alliance with these Southerners, and a new Empire began to form.

Under the rule of the Eighth Emperor, the military forces of this new Empire managed to regain control of the Continent. Time passed, and the alliance between the Imperials and the Southerners became a cultural merging, despite the efforts of Imperial purists to hold back such influences. With power restored to the throne, the Imperial Academy once again intensified its research of the Ancient Age and all its terrible lost technologies. The new Imperial Capital itself was an excavation site situated over a massive underground network of Ancient ruins; thousands of newcomers flocked to this sprawling city, seeking refuge from the harsh environments of the world outside. 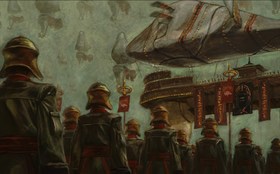 The new Empire rebuilds its military.

In their endless excavations of Ancient sites, the Empire eventually found a vast armament production facility that they referred to as “the Cradle”. This facility was capable of creating bio-engineered creatures, the monstrous living weapons of the Ancient Age, but previously the Empire had never succeeded in operating such a facility. However, when the Empire excavated a fully-functional drone, their prayers were answered; drones were the most sophisticated bio-engineered life forms designed by the Ancients, and they existed to operate other Ancient technologies. This drone, whose name was Abadd, could help the Imperials operate the Cradle, and thus enable them to create their own living weapons. 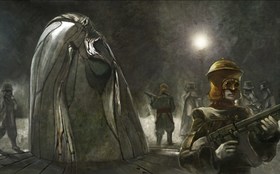 The Empire discovers a functional drone.

In time, the Imperial scientists designed a bio-engineered creature fit for war: the dragonmare. Patterned after the ultimate weapons of the Ancient Age - the dragons - these creatures would make the Empire unstoppable. As soon as the first six dragonmares were awakened though, Abadd himself mysteriously vanished, along with one of the newly-finished creatures. Without the drone’s assistance, the Imperials were unable to finish any more of the terrible beasts, but this did not deter them in their quest for power. The squadron of five dragonmares - each controlled by a human rider - was able to subdue the last traces of resistance throughout the Continent, making the Empire’s rule complete. And besides, the Empire now had another plan in store.