Here we take a brief look at how some of the music has changed over the course of the series to better reflect the ever changing world.

You may have noticed how the music of Panzer Dragoon evolved throughout the series to fit the themes present at the time. While some themes clearly changed over time, others remained the same from beginning to end, and the music does a good job of reflecting that. Here I want to take a look at what I mean by this and do the games the justice they deserve. Although we may disagree on which games have the best music, taste is subjective and all of the music was kept up to the same high standard. There’s no doubt about that in my mind. There’s also no doubt that the music is one of the things that has helped to define this series and made it into the truly outstanding world that it is. 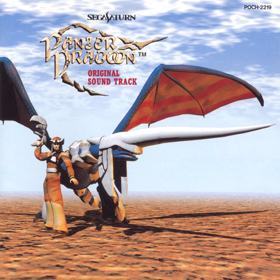 Of all the music heard throughout the Panzer Dragoon series, the music from the intro of the original game is still by far my favourite. To me it stands out as the most epic track by far because it reflects the pace, mystery and tragedy of the events that it was designed to overlap like a mirror. I still even to this day lack the words to describe it. For a start, you may notice that Panzer Dragoon has fully orchestral music, so naturally nothing can really come close to the epic realism it delivers. The orchestral music cannot be compared to most game music today merely by virtue of its nature. Some of the music is hard to forget and is so memorable that it comes back to haunt you. That’s not to say that the futuristic sound effects are absent, but I think it’s safe to say that the later games do a better job there considering their synthesised roots. Like many games, the music will speed up or slow down with fast forceful or gentle flowing beats depending on the situation.

When the Sky Rider dies to a fatal wound and when Kyle picks up the dead dragon rider’s gun after the dragon mourns his rider’s untimely death with a heartfelt cry, it’s like you are being swept away by a storm slowly gathering momentum.

Don’t let him go back to the Tower. My dragon knows the way. Please.

The music here successfully captures the heartfelt desire of the mysterious rider’s last words as it slows down to a gentle flow like a calm before the storm then gathers pace again in such a fluid way. It does so in a manner that perfectly overlaps the events.

Now the first thing you have to keep in mind with the music that came after the first game is that it is quite a challenge to compete with a full real life orchestra. The music of Panzer Dragoon Zwei and Panzer Dragoon Saga blend into their futuristic backgrounds by almost becoming cogs in that machine because the sound effects are artificial and electronified (my word) in nature. In other words, the synthesized sounds perfectly reflect the nature of their environment by being electronic and so futuristic that it’s almost alien. The music has synthesized tribal beats and drum rolls that create the impression of a low tech world that’s still living in the shadow of a high tech past. It sets the mood perfectly and invites players into a world that’s still in the grip of the past.

I love the music you hear when fighting Atolm because it blends synthesized sounds and fast beats with low tech instruments such as flowing windpipes to deliver something truly unique. It sounds like the clashing of old and new like much of Panzer Dragoon’s soundtrack. Similarly, in Panzer Dragoon Orta’s Imperial City we hear windpipes and tribal chanting that echoes in the background while players fight through mechanical defences. The creators of the game created a noticeable contrast which perfectly reflects the nature of the current day Empire.

It’s more in tune with the present day low tech world as opposed to the high tech past. In Forbidden Memories everything sounds electronic and electric which creates the sense of being immersed in a virtual reality, but here we find ourselves in a world of primitive human beings stumbling over themselves in the dark to find where they belong and pure soulless high tech efficiency colliding like tidal waves crashing against each another. The music reinforces this theme.

When curiosity begs to know more do we really need to be saved from ourselves when we are the products of a broken world that can be broken to our will instead? Certainly in Panzer Dragoon Orta the music defines the nature of the enemy just like in previous games. Orta maintains that tradition. However, in the previous shooters the music would overlap the moments; it was literally timed to reflect the world and events around you. Orta breaks from that tradition sadly. Nevertheless the music still identifies your enemies. The music you hear when fighting the Empire sounds forceful and mechanical yet tribal at the same time giving the Empire a distinct sense of identity via music. The music almost shoves itself in your ears. The Empire isn’t breaking away from the natural order. They are the natural order because they are merely doing what’s most efficient almost merely for the sake of it. No wonder the Ancients wanted to control nature.

Now bear with me and try to follow my train of thought here because it does eventually lead to a point. Nature and human nature almost seem alien to one another at times when we learn how to play by our own rules, suicidal consequences notwithstanding. Perhaps it would be more fitting to say that we can never withstand forces beyond our control but we always test the limits of the world around us nevertheless despite the fact that there can be unforeseeable consequences. Curiosity is a powerful driving force and yet oftentimes fatal. Perhaps curiosity is a fatal flaw.

It was never as if playing by the rules led to anything better in the grand scheme of things; the world is like a prison and we are the prisoners because we are slaves to its rules. We are the product of our environment, but at the same time, we can only become what the environment permits us to be like for example how the amount of gravity and oxygen in the atmosphere limits our size. We are shaped by forces beyond our control like a shore slowly eroded by a tidal wave. We can either swim against the tide and play by our own rules, or go with the flow. We are bent to the universe’s will whether we like it or not, and here is where the Libertarian in me says to hell with that much like the Imperials who conquer everything around them in order to take charge of their own destinies.

I wish the music had captured more of that rather than simply convey a uniquer sense of high tech tribalism to people, which it does, especially in City In The Storm with its rushing beats and violent windpipes. It feels like the Empire went back more to their tribal roots.

Power is a drug that is never enough; the highs are never high enough. I actually don’t think that Panzer Dragoon Orta delivered that sense of defiance to the bleakness of a forgotten past still haunting the present in the same way that the previous games did perhaps because humanity’s destiny was in its own questionable hands again.

Maybe it’s just me, but it seems like the story of human beings itself revolves around the theme of taking an identity from adapting to adversity, sadly, through conquest. Farewell travellers.