The Mystery of Abadd's Masters

It was too late for his Ancient masters, and because of this we may never know who the Ancients actually were. What horrors would have been unleashed if they had returned? 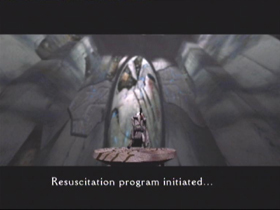 A group of the Ancients went into hibernation.

Long ago an Ancient civilisation prospered across the Continent until their existence mysteriously came to an end. Ten thousand years have passed since the Ancient Age, yet very little truth has been revealed about the Ancient people. From what has been talked about in the games, we can only imagine what this utopian civilisation may have been like, and the people who lived in it.

Up until Panzer Dragoon Orta’s release, the Ancients were commonly thought to be a race of humans who used their extremely advanced technology to create the Towers and the monsters. Ultimately these humans created the dragons and drone riders, which turned against humanity and laid waste to the Ancient civilisation. However, Panzer Dragoon Orta sheds some clearer light on the situation thanks to the introduction of a drone called Abadd. Abadd reveals that his mission was not to help destroy the Ancient civilisation, but to ‘resuscitate’ his thought-to-be-dead masters. Abadd fails in his mission, but the whole event brings up some interesting questions. 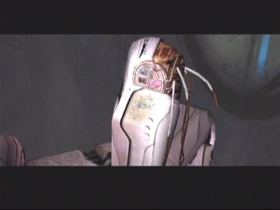 They depended solely on their own creations to protect them for thousands of years.

Interestingly, the Towers were shut down about thirty years before Abadd was woken up by the Empire. Abadd claimed that he was awakened prematurely so it’s possible that he was meant to wake up and resuscitate his masters after the time when the Towers were supposed to complete what they were meant to be doing. If that isn’t the case, then perhaps Abadd’s task was meant to be completed in the time preceding the events of Panzer Dragoon Orta, but for a purpose that has yet to be revealed. 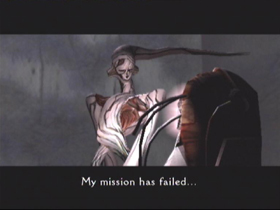 What would have happened if Abadd had succeeded in his mission?

One other mystery regarding Abadd’s masters is their species. Generally the Ancients were considered to be human, however Pandora’s Box states that, “records of the true identity of the Ancients, as well as the reason for their downfall, were lost with time, so the people of the world can only speak of them as myths and legends.” The English translations of the Saturn Panzer games state that the people who created the dragons were in fact human, however I don’t know exactly how accurate this part of the translation was. If the Ancients were not human, then just what were they I wonder?