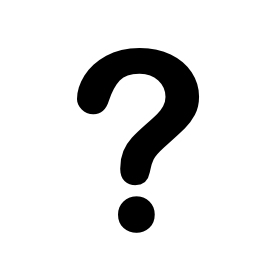 The Ancients were the people of the Ancient Age. They created the Towers to heal a dying planet after wars threatened to tear it apart. They also created the pure-type monsters, drones, and the dragons. Not everyone who lived in the Ancient civilisation agreed with this course of action according to the journal of Skiad Ops Endow. This disagreement is elaborated on in the Azel: Panzer Dragoon RPG guide book which explains how two factions living in the Ancient Age, the Technology Preservation Faction and the Technology Destruction Faction, were involved in a large scale war which contributed to the downfall of the Ancient civilisation.

The Ancients created god-like technology to control the environment and defend it from anything that threatened to destroy the planet. In Panzer Dragoon Saga players learn that the biomonsters were in fact guardians of the ecosystem, and defended the planet from anything that threatened to disrupt the balance that the Towers had created. The Towers created biomonsters that reduced the human population to save human beings from themselves.

According to the introduction of the original Panzer Dragoon, thousands of years had passed since the once thriving human civilisation perished in the dust. Panzer Dragoon Orta confirms that the Ancients lived approximately ten thousand years before the Great Fall.

In Panzer Dragoon Saga, the term the “ancients” is used as a plural noun to refer to the people of the Ancient Age but isn’t capitalised. Whereas in Panzer Dragoon Orta it is. The “Ancients” when capitalised (as used in this encyclopaedia, and in Panzer Dragoon Orta) may be referring to a specific group of people in particular, the citizens of the Ancient civilisation. It could also be referring to a more specific subset of people who lived in the Ancient Age, and the term may be capitalised to emphasize this specific group of people. Craymen also referred to the builders of the Towers as the “ancient ones”, while Sestren calls his purpose “the will of the ancients” with a lower case. Whether the people known only as the Ancients were a specific group of people or a vague term describing all the peoples of the Ancient Age isn’t quite clear and it may depend on who is referring to them. However, the Ancients who built the Towers were the “rulers of the ancient times” according to the Seekers, which means it does seem to be more of a general term from their perspective.

Players have never seen the Ancients in person, thus fuelling more unanswered questions about them, but their will was immortalised in the form of the technology left behind to rule in their absence. When the Towers died, the will of the Ancients appeared to have died with them.

It is unclear what happened to the people of the Ancient Age. To players of the Panzer Dragoon series, their fate ultimately remains a mystery. However, the technology of what is sometimes called “the old world” still litters the world even to this day. At least some of the Ancients, Abadd’s masters, planned to return via the ‘resuscitation program’. However, Abadd could not revive them. There are a number of theories as to how the Ancient civilisation ended.