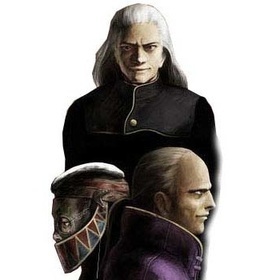 The Black Fleet was a special force of the Empire led by K. F. Craymen that started an open rebellion by attacking Excavation Site #74 and blowing up the Imperial Capital.

Not much is revealed to players regarding the Black Fleet’s original purpose. Gash told Edge that, “the fleet has plagued the seekers for a long time”. The Black Fleet was assigned with the task of pillaging Ancient ruins, which proved to be the Empire’s own worst enemy when Craymen led the Black Fleet in open rebellion and raced to reach the Tower of Uru before the Emperor. Being one of the highest ranking members of the Imperial Academy, Craymen knew all its secrets. Craymen’s role as leader may have meant that the Black Fleet had direct ties to the Imperial Academy, but a direct visible connection is never officially established. 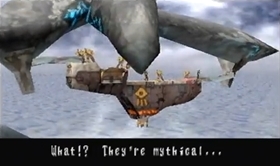 Crayman's flagship meets the dragon for the first time.

As the name indicates, all Black Fleet ships are painted blacker than regular Imperial forces to set them apart from one another by design. Even the symbol of the Empire on the Black Fleet ships is different than what is usually found on regular ships, but like the Imperial flag, still takes the shape of an eye.

From a special force of the Empire to its greatest enemy, the Black Fleet was no small obstacle to overcome partly thanks to its inside knowledge. The Black Fleet went from loyal servants to rebels. By striking without warning in order to “deny the Emperor his prize” as Craymen puts it, namely the drone Azel, the Black Fleet struck fatal blows against the Empire before it could even react. That made these rebels one of the most formidable enemies the Empire had ever faced within its own sphere of influence. It is not revealed to players if these rebels had reasons of their own for rebelling beyond the pursuit of power.

The yellow eye of Craymen.

Edge chased after the Black Fleet relentlessly to satisify his desire for veangeance. By killing all the guards along with Edge’s friends at the Excavation site, Craymen’s fleet sealed its fate in Edge’s eyes from beginning to almost the very end until Craymen revealed his true motives on top of the main motivation for the Empire’s invasion of the region.

Other than their darkened anti-gravity engines, Black Fleet ships don’t seem to differ much from regular Imperial ships. 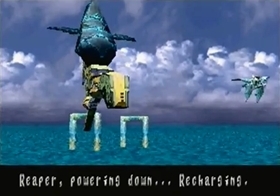 Edge meets the Black Fleet again throughout the lake ruins of Uru. 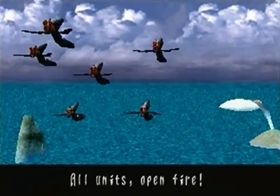 Black Fleet ships are the same as Imperial ships only darkened in appearance.

After Craymen’s death in the Tower of Uru the Black Fleet is not mentioned again. The remaining ships may have fled, surrendered, or made a final stand against the Empire.