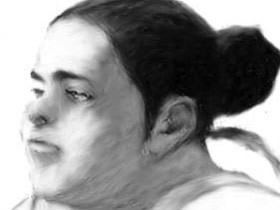 Edna was a woman who lived in Holy District of Zoah. She took a disliking to Edge, telling him that the people of Zoah did not like outsiders hanging about in their town. She told Edge to go away and believed that the gatekeepers of the Holy District were lazy for letting Edge in. Edna also had a problem with the selling of food to outsiders, believing that the high priest would not approve.

Edna could be often found in Zoah’s Holy District talking to Quitor’s wife. The two appeared to be friends or relations.

When the Imperial troops entered Zoah, Edna did not appear to be distressed. She believed that the gods would protect Zoah. 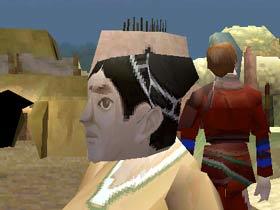 A screenshot of Edna.

Edna appeared to be content living in the Holy District, wondering why young people would ever want to leave. She was evidently referring to Rhoda by saying this, also believing that Rhoda could not sit still because she was healthy, being chosen by the gods to live in the Holy District.