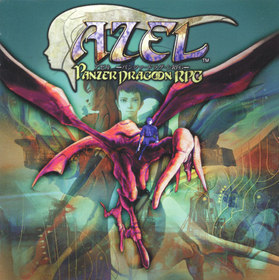 The soundtrack to the first disc of Azel: Panzer Dragoon RPG. This album came out in Japan before Azel: Panzer Dragoon RPG was actually released, and it also came packaged with a demo disc of the game. The tracks on this album seem to be slightly different recordings to those that appear on the Complete Album. The translated tracklist is as follows:1