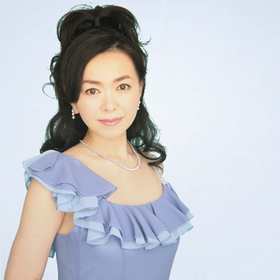 Eri Itô is a Japanese vocalist who performed in various games in the Panzer Dragoon series. According to her official website, Itô was born in the Kanagawa Prefecture on November 16. She began singing from the age of two under the guidance of her mother and also studied ballet from the age of four. She graduated from the Musashino Academia Musicae, a music conservatory located in Tokyo, Japan, and then joined the Shiki Theatrical Company.1

Beyond her work involving the Panzer Dragoon series, Eri Itô has been involved in the Japanese dubbing of various Disney films, including playing the part of Belle in Beauty and the Beast and the titular character of Mulan. Her work in other video games includes the vocals of a song in Xenosaga Episode III: Also Sprach Zarathustra and the voice actress for Belle in Kingdom Hearts II. She also sung the vocals to a number of songs in the anime television series Tsubasa Chronicle.

Besides contributing the vocals of various games, films, and television shows, Eri Itô has released two albums. The first, titled “Say”, was released in 2005 and published by Universal Music. The second, titled “Lonely With You”, was released in 2007 and published by EMI Music Japan, Inc. The albums are available from Japanese online retailers such as Amazon.co.jp2 and CD Japan.3 In 2013 she released a digital EP, featuring her singing a number of classic songs such as “Danny Boy”.4 In 2016 she collaborated again with Saori Kobayashi on the Panzer Dragoon composer’s album “Terra Magica”, providing the vocals for two songs.5