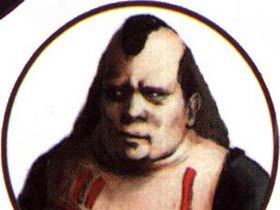 Juba was a bar owner who lived in the Liberal District of Zoah. He had a laid back personality and appeared to enjoy life in the Liberal District running the bar (formally or informally) named after him. He could often be found sitting on a rotating machine which served drinks. Juba employed a young lady named Jael to assist him with the running of Juba’s.

Juba loved to hear himself talk and expressed a number of opinions to Edge when he stopped by. He did not approve of the folks in the Holy District and wished they were not around.

When Edge was looking for the Tower, Juba gave him a Picture Board containing an image of the Tower which he obtained from Paet. 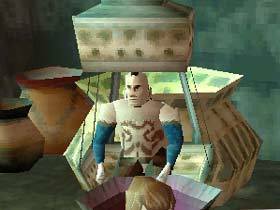 His bar was famous for its illuminating green drinks. The drinks were (secretly) made out of monster fluids. When Edge gave the Verato Pipe to Jael, Juba gave Edge a discount on drinks for impressing her.

Before he came to Zoah, Juba used to live in Uru.