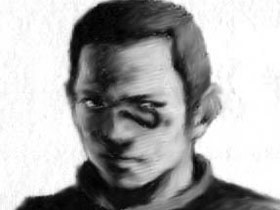 Jephthah was a member of the Seekers belonging to Skiad Ops Gash.

He could first be seen in Panzer Dragoon Saga in the village of Zoah bartering with Quitor. Jephthah had found an “eternal light” in the ruins and was attempting to sell it to Quitor. He revealed to Edge that he had come to Zoah to trade but that there was not much business. However, this may have been a cover story; his true intention may have been to keep an eye on Edge.

When Jephthah met Edge he gave him a book called Tower Report 1. He thanked Edge for saving Gash’s life (from the arachnoth). 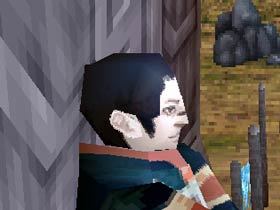 Jephthah can be found at the caravan at the start of disc 4 of Panzer Dragoon Saga. It was at this point that he gave Edge a map containing the location of the Seekers’ Stronghold.

It is likely that Jephthah, along with Jared, was one of the people whom Gash deployed to keep an eye on Edge and his dragon, hence his presence in Zoah.