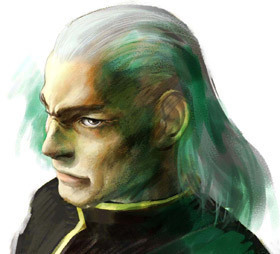 Lord Craymen is a major character in Panzer Dragoon Saga and the primary antagonist of the game’s story.

Few details are known regarding the early life of K. F. Craymen, although it was the events of his later life that would leave a mark on Imperial history. Born in the Empire during the first century following its foundation, the young Craymen was a man of common rather than noble birth. Despite this disadvantage, Craymen not only gained entry to the Imperial Academy - the institution driven by the Empire’s top scientists, engineers, researchers and military minds - but he worked his way up through its ranks with admirable success.

Craymen rose to officer status and beyond, eventually achieving the Academy position of “Examiner”, the title “Lord” and - most importantly of all - a position of active leadership within the Imperial army. Craymen ultimately became the commander of the Black Fleet, the Empire’s most elite combat unit. 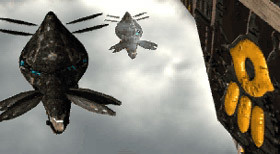 Craymen led the Black Fleet with brutal efficiency, ruthlessly furthering the Empire’s interests. The Black Fleet became the bane of the Empire’s enemies, particularly the long-troublesome Seekers, many of whom were put to death by Craymen’s hand.

Yet, despite all that he had achieved, Craymen was destined not to be content with his own personal success. For unknown reasons - perhaps because he simply became all too familiar with the true nature of things - Craymen came to loathe the Empire, to resent its lust for power and reckless squandering of the world’s resources. Well did he understand that the road to mankind’s annihilation was paved with such actions as the Empire encouraged.

It seems that Craymen’s resentment would not have led to the conclusions it did if it had not been for one thing though, one piece of knowledge he acquired which changed everything: Craymen learned about the Towers.

The Towers were the Ancients’ creations, monolithic slabs of technology that existed throughout the known world. The Towers’ simplest, most fundamental purpose was what impressed Craymen the most: they were created to regulate the environment of the planet, and the populations of all forms of life that dwelt upon it, with cold and brutal precision. 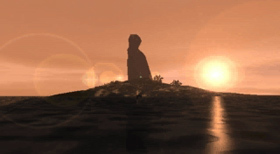 Craymen's goal was to reach the Tower.

The Towers’ creators had concluded that humankind would be at its safest only when it was not able to threaten the natural environment, or advance to a point where it could risk annihilating itself in war. To this end, the Towers’ programme involved the production of bio-engineered creatures, the beings commonly known as pure-type monsters, which would carry out the Ancients’ murderous regime: monsters that would keep human populations at a constant low. It was in this millennia-old plan of control and absolute regulation that Craymen perceived the Empire’s - and all humankind’s - salvation.

Fortunately for the people of the world, it had been a long time since the Towers were last active. Not only did Craymen need to locate one of the elusive Towers (which only existed out in the endless wastelands of the world), he had to somehow force its Ancient systems back online. Being privy to new scientific breakthroughs and developments due to his high-ranking position within the Academy, Craymen knew that there was indeed a way to achieve this: he needed to acquire a drone. 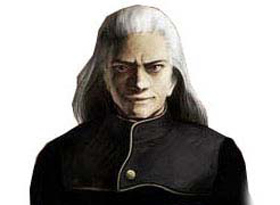 Drones were one of the most advanced living creations of the Ancient Age, bio-engineered creatures which walked in a humanoid form and which were designed to mentally interface with other technologies. If Craymen could locate a drone that was capable of operating a Tower, he would be able to carry out his self-appointed mission.

It was in Imperial Year 119, when Craymen was forty-seven years of age1, that the Empire located one such drone at an excavation site out in the Frontier. Craymen wasted no time; he took his loyal Black Fleet renegade, sweeping down upon the satellite regions of the Empire and laying them to waste, crippling and diverting the Imperial forces so that they would not disturb him while he went in search of his prize.

The Black Fleet descended upon the excavation site, and Zastava - one of Craymen’s most loyal and psychotic henchmen - slaughtered the mercenaries who had been hired to defend the place. Only Craymen’s orders for Zastava to cease saved the life of Edge, the final surviving mercenary. Given Craymen’s words “we don’t have much time”, it seems that this act was motivated by Craymen’s desire to recover the drone quickly so that the Empire would not catch up with them though, rather than because of any real pity. 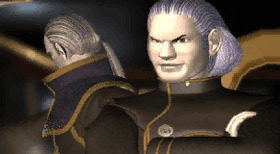 "Arwen, now is the time for rebellion." 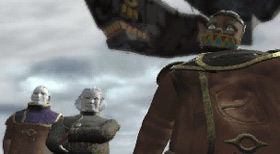 Zastava, a ruthless soldier on Craymen's side.

Wrenching the alcove in which the drone still slept out of the ruins and hauling it away with them, the Black Fleet fled the excavation site and headed towards their ultimate goal: the Tower of Uru. It was around this time that Craymen’s final effort to disable the Empire took place, as a planned detonation in the heart of the Imperial Capital levelled the entire city. 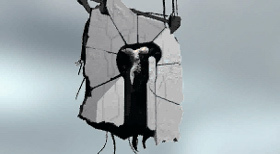 Azel is lifted into the air by Craymen's fleet. 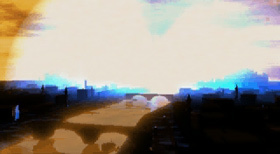 The Emperor did not react quite as Craymen had hoped however, for he too was ruthless at heart, and the loss of a few individual lives did not concern him either. Travelling in his flagship, Grig Orig, the Emperor set off in pursuit of Craymen, heading into the Frontier with much of the Imperial fleet in tow.

Craymen was able to successfully revive the drone - whose name was apparently Azel - after her many millennia of slumber. Taking him to be her new master, Azel was soon ready and able to carry out Craymen’s wishes. Before the Tower could be readied for activation though, it seems that other minor issues needed to be addressed, and in the meantime Azel was sent out to deal with an impending problem: the surviving mercenary Edge, who had recently become the new rider of the dragon and who was determined to exact revenge upon Craymen for the murder of his friends. 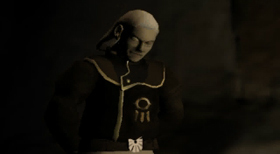 Riding upon her ancient dragon Atolm (whom the Black Fleet had also recovered from near the excavation site), Azel went out to confront Edge. Although she intercepted him on more than one occasion, Azel was unable to ultimately eliminate the threat that Edge and the Heresy Dragon posed.

Even worse for Craymen, Azel lapsed into something like a coma following her final battle with the young dragon rider, and she ended up in Edge’s care. Turning the situation to his advantage as best he could, Craymen approached Edge and requested that he meet with him at the Tower.

The Empire had recently arrived in the region and the flagship Grig Orig had single-handedly annihilated the village of Zoah. As Edge had befriended many of Zoah’s inhabitants he was enraged and appalled at this act, and he had little respect for the Empire to begin with. Although Edge was certainly not quick to forgive Craymen for the deaths of his friends - indeed, he never would come to truly forgive him - it was not so hard for Craymen to enlist Edge’s help in his struggle against the Empire, their common enemy. 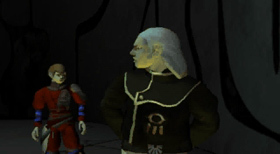 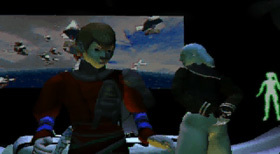 The Empire approaches the Tower.

Unfortunately for Craymen, and despite Edge’s best efforts, the Tower’s control room still fell to the Imperial assault. While held at gunpoint, Craymen made a last ditch effort to take the life of the Emperor, firing at him with a concealed weapon. Craymen’s bullets did not find their target, and the Emperor responded with his own shots, wounding but not outright killing Craymen.

Craymen’s ultimate fear was that the Empire would be able to take control of the Tower, that they would learn to wield it as some sort of ultimate weapon: yet this fear was destined not to be realised, it seemed. The foolish and hasty Emperor simply ordered Azel to activate the Tower, which she did, fulfilling Craymen’s vision. 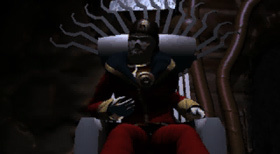 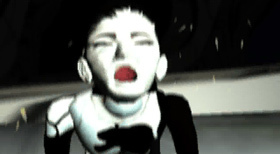 The army of pure-type monsters which were released from the Tower consumed the Imperial fleet and set about occupying the surrounding lands, but it was not Craymen’s fate to live to see the culmination of his wishes. A lethal bio-engineered creature that was released into the control room put a swift end to the Emperor, and, with its massive scythe-like claw, it ended Craymen’s life as well. 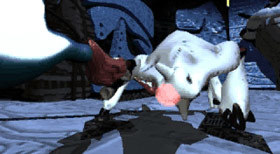 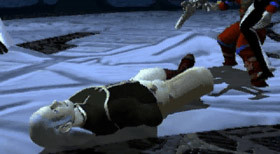 Due to the later actions of Edge, Azel and the Seekers, the Tower of Uru and all of the other Towers in the world were forced into deactivation and perpetual slumber. Craymen’s plan to deliver the world into the grip of the Towers would never again be at risk of success, even at the hands of any others who would come after his time.

It seems that although Craymen essentially wanted to save the world - to save humankind from itself - he was ultimately guilty of the same mistake that the ancients, the very creators of the Towers, made long ago. Craymen could only ever look at the bigger picture, unable to understand that individual lives would always matter to those who lived them, despite the fact that such people would oppose plans like his with every effort they could muster.