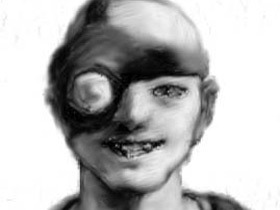 Baicah was a member of An’jou’s caravan. Baicah was not a hunting type and instead he set up a shop in the lefthand most tent (from the point of view of the entrance gate). He was the husband of Kou and the father of a girl named Fei.

Baicah was very interested in the Ancient Age and spent much of his time fixing relics from that era. He wore a device on his right eye, possibly made out of Ancient technology. Of the Ancient Age Baicah said, “The power of the Ancient Age is the power of the Gods. It’s something we shouldn’t touch. But we have to rely on its power in order to survive.” He thought it was funny that the monsters were predators and yet they depended on them for survival.

He felt that being a hunter was too risky a job. He stated that without him, An’jou would not be able to hunt because he provided him with antidotes and medicine. According to his wife Kou, Baicah was out of shape, although it is not clear whether she meant that he was simply unfit or had some kind of injury or disability. 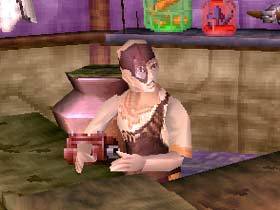 When Enkak became ill, Baicah needed a tobitama rock to make an antidote. When Edge found a tobitama rock in Uru, Baicah was extremely grateful and prepared the antidote for Enkak. Although An’jou, Enkak’s father, had not returned at that point, Baicah thanked Edge for him.

When Zoah was destroyed, Baicah became worried because of the Empire’s use of Ancient weapons.