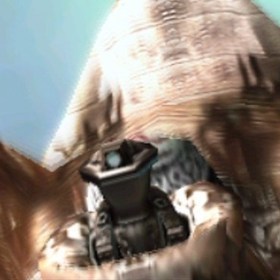 Evren was the captain of the Empire’s dragonmare squadron. Players only get to see her wearing her heavy dragonmare armor which was designed to protect the dragonmare riders from harsh battle conditions. Evren led the dragonmare squadron in the attack on Yelico Valley to retrieve the half-drone, Orta, but a dragon appeared just as they were about to capture her. Orta and her new dragon escaped in the underground parts of the city, but the squadron caught up with them shortly after the pair’s battle with the Vermana.

However, this time Abadd intervened. When Abadd attacked the squadron, Evren was the only one capable of avoiding all the blasts fired by his dragonmare, showing that her skill in controlling the monstrous creatures greatly exceeded that of the other dragonmare riders in her squadron. 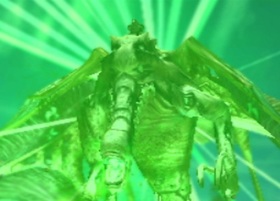 Evren activating the self-destruct mechanism on her dragonmare.