The Forest of Mutation 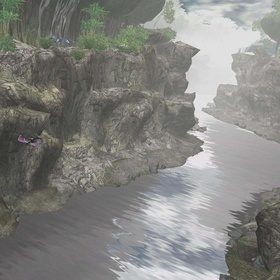 The forest grew along a river situated in the Li Vis region. Panzer Dragoon Orta’s encyclopaedia describes it as “an ever-growing forest”, suggesting that the forest had been expanding for some time. The forest covered both banks of the river which flowed into the West Sea.

The river supported a very complex ecosystem with a great variety of mutated monsters. Its water was rich in nutrients, however it also contained chemicals and bacteria that were dangerous to humans. Certain bacteria affected the genetic structure of the mutated monsters, sometimes dramatically increasing their strength. However, these bacteria were lethal to humans. 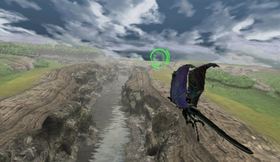 A view over the river. 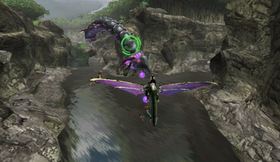 The Wormriders hunted for mutant creatures in this area, such as the yondo-worm and the ikrakav. As experienced in Iva’s story, Ancient ruins were also situated in this region. There is the possibility that the ruin where Abadd tried to revive his Ancient masters was located here, as Orta lost track of Abadd when she entered the area, however this was not confirmed in Panzer Dragoon Orta.

The Seekers moved to the Forest of Mutation after the destruction of their city in Yelico Valley. They retrieved water from the rivers but boiled it to purify it from the bacteria.