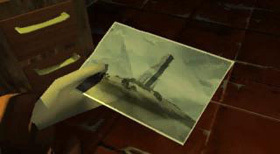 The Towers were monolithic ruins built by the Technology Preservation Faction in order to heal a dying planet. Although the Towers seemed to offer a solution to the world’s plight, they hid a far darker purpose beneath the surface. These towering monoliths literally served as an immune system for the planet by defending it against anything that threatened to disrupt the balance of nature. They controlled the environment, bred monsters, and reduced human populations to stop them from breeding out of control and becoming overpopulated. Although the Towers no longer seemed to be active, they were in fact merely sleeping. Sestren controlled all of the Towers, and the main goal of the Seekers was to destroy this being in order to deactivate the Towers permanently and make sure that they never woke up again.

The Towers have existed since what history calls the Ancient Age, which ended approximately ten thousand years before the events of Panzer Dragoon Orta. They somehow managed to endure the passage of time without aging, and seemed to be built to last forever. Unsurprisingly, the Towers became the stories of myth and legend in the millennia following the downfall of the Ancient Age.

Players find out in Panzer Dragoon Saga that the original purpose of the Towers was to save a dying world by making it habitable for life again. The world had been torn apart by wars of unimaginable destruction, and the Towers were created to undo the damage that had been done. In order to guarantee that nothing risked interrupting the healing process, the Towers became the breeding factories for swarms of living weapons that were designed to push any threat to their purpose to the brink of extinction. 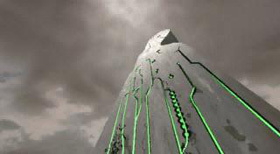 Power flows through the veins of the Uru Tower.

According to Craymen, the “ancient ones” (in his words) built these Towers, which led to the creation of predatory bio-monsters, to protect human beings from themselves by reducing their numbers in order to stop them from wasting all the natural resources and destroying themselves. This was the only way to ensure that the world could be restored to life again without interference because human beings risked tipping the balance of nature too heavily in their favour to the point where they had the potential to destroy the entire planet.

The Seekers tell the other side of this story and reveal to players that not everyone believed that the Towers were the answer. The diary of Skiad Ops Endow reveals that people rebelled against the presence of the Towers even during the time of their creation, a group which the Azel Panzer Dragoon RPG guide book refers to as the Technology Destruction Faction. The creators of the Towers feared these rebels so much that they “created monsters to guard their creations”. According to Zadoc the Compiler, the Towers were created by “the rulers of the ancient times”.

In the eyes of the Empire, the Towers were seen as nothing but Ancient weapons of war, and although not far from the truth, the Empire sought to wield them as their own only to become the very problem that the Towers were created to solve. Of course, the irony was lost on the Empire. According to Imperial legends, the Towers burnt whole continents to the ground overnight, but this wasn’t enough to deter the Empire from controlling what later proved to be beyond their control. Instead of being a part of the solution, the Empire became a part of the problem.

Gash felt that people weren’t really living, only being kept alive. The Seekers were willing to die to free humankind from the will of the Ancients which was keeping people locked away in the equivalent of a human zoo.

The world is still a barren wasteland even after 10,000 years since the fall of the Ancient Age.

The dry wastelands stretch as far as the eye can see.

The Towers were not operating at their fullest potential, and according to Panzer Dragoon Orta’s encyclopaedia, not all of them were active. It’s not revealed how successful the Towers were at restoring the planet to its former state, but they may have been the only thing stopping the world from falling apart.

It seems that the Towers were molding the planet into shape because the world reshaped itself until it was unrecognisable after their deactivation. The dreams of whatever world they were in the middle of forging died with them. In any case, humankind’s potentially suicidal destiny was in its own hands once again. When the Divine Visitor, led by the dragon deactivated the Tower network, human beings were finally freed from the will of the Ancients, and were now free to steer or seal their own fate and the fate of the planet along with them of their own free will, while nature would need to heal her own wounds. 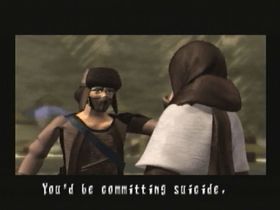 After Edge and the dragon destroyed Sestren, the planet started experiencing violent climate changes which resulted in the planet’s crust moving uncontrollably. Shutting down the Towers permanently caused the world to undergo a violent metamorphosis as if the Towers had lost control of keeping the planet in a stable condition. Temperatures went from one extreme to the other in different regions where temperatures were predictable before, and whole land masses were swallowed as their foundations collapsed under their own weight. Before Azel left to find Edge after he didn’t return from Sestren, electrical storms shook the earth as well. This seems to suggest that although the Towers had endured since the fall of the Ancient Age, their combined task hadn’t been completed yet, nor had they had time to fully heal the deep scars carved into the planet that tore it apart.

According to the information contained within Panzer Dragoon Orta’s encyclopaedia, the Towers were “mostly dormant”, as opposed to dead, during the time of the Saturn trilogy. It is possible that even while dormant they could still stabilize the planet or perhaps there simply was not enough of them active to turn things around in time.

Either way, whatever purpose the Ancients had in mind for the Towers, the Towers seemed to have been holding nature back. If nature threatened to tear the planet apart, then it was more than likely that the Towers were the only thing holding it all together in one piece. Once the Towers lost their firm grip on the environment, nature took its course again. Like dams too weak to hold the weight of a river from bursting through the cracks, it seemed that they could only delay the inevitable. Both the Towers and nature itself had opposing wills that came into conflict.

The planet began reshaping itself afterwards, thus whatever paradise the Towers were attempting to shape died with them. The future was no longer shackled to the past, and was once again in the hands of the present day world.