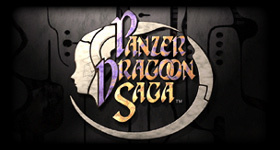 Azel: Panzer Dragoon RPG, as it’s known in Japan, or Panzer Dragoon Saga, as it’s known in English speaking countries, was released in the twilight of the Sega Saturn’s lifespan, and it showed what the console was capable of when handled by its developer Team Andromeda. While Panzer Dragoon and Panzer Dragoon Zwei were action-packed roller-coaster rides that led the player through a unique fantasy world, Panzer Dragoon Saga let players explore that world in depth for the first time. Combining exploration-based gameplay (both on dragon-back and on foot) with an innovative battle system, Panzer Dragoon Saga took the series into a whole new genre; its widely praised immersive storyline, memorable characters, unique artistic style and excellent soundtrack quickly brought the game critical acclaim.

Panzer Dragoon Saga is set roughly thirty years after the events of the first Panzer Dragoon game, and its story opens at one of the Empire’s excavation sites: the archaeological digs where the Imperials unearth the ruins and the technologies of the Ancient Age. The protagonist is a young mercenary named Edge, who was employed as a guard at this dig site, but when the site came under attack by a renegade Imperial commander named Craymen and his loyal followers, Edge was the only member of his team who survived.

Craymen’s goal was to capture a mysterious girl found within the ruins, who had been kept in a state of suspended animation for thousands of years by Ancient technologies. Presumed dead and left behind at the dig site, Edge wanted nothing more than to avenge his fallen comrades, and his prayers were answered when he was rescued by the dragon of legend; climbing atop the dragon’s back, Edge set out in search of Craymen, and the truth.