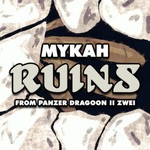 A remix of the Episode 4 music from Panzer Dragoon II Zwei.

A remix of the first episode boss theme from the original Panzer Dragoon game.

A work in progress, to be developed further at some point.

Imagine riding on a coolia across the Garil Desert, in the night. Danger Aquarium.

Panzer Dragoon Saga had Anorak Unit 1 & 2. Here is an arrangement similar to that of the Anorak Unit music that Rhoda gives to Edge. Name that tune.

Language of Enablement for All to Use

This is about language. Timbre/instrumentation sounds are not too far off from Saga ('Shelcoof', 'Chaos Amongst Silence'). Dynamic range/mood of this track comparatively varies in it's agile peaks, pronouncing emotional imminence throughout.

Ancient Valley (A Premonition Of War)

A shorter version with minor variation of the track "A Premonition Of War" found on the Azel: Panzer Dragoon RPG Complete Album. You can hear this track while playing the mini game "Ancient Valley" in the Box Game.

A different recording of Giant Creature 1 which seems to be unused in the game and different to the version found on the Azel: Panzer Dragoon RPG Complete Album.

Looped Version of "The Unexpected Enemy" from Yayoi Wachi found on Panzer Dragoon II Zwei Original Soundtrack. You can hear this track while fighting the Guardian Dragon in Georgius (Disc 2).

A Premonition Of War (Without Intro)

The same version of "A Premonition Of War" found on the Azel: Panzer Dragoon RPG Complete Album but without the introduction of the track

Village of the Seekers (Game Version)

Looped version used in the game and different to the version found on the Azel: Panzer Dragoon RPG Complete Album.

Another tune that comes from the Aronak Unit which Rhoda gives to Edge. It is based on the track "Ruins" from the Panzer Dragoon Zwei soundtrack.

A tune that comes from the Aronak Unit which Rhoda gives to Edge. It is based on the track "Lundi and Lagi - Theme of Zwei" from the Panzer Dragoon Zwei soundtrack.

The composition can be taken as a springboard track, the diverging musical language compared to Saga hopefully gives folks an idea of how Saga could be proceeded with a very diverse range of scenarios in the Panzer world.

Edge is leaving the Tower and is shown how the Ancients began forcing the rest of the world down a path to such a reality.

A remastered version of the track "Atolm Dragon" from Panzer Dragoon Saga. 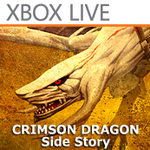 The music for Dark Phantom, the final boss of Crimson Dragon: Side Story.