Fan pictures based on characters and events from Panzer Dragoon Saga.

A piece based on the game series Panzer Dragoon, created using Photoshop CS5.

A portrait of Craymen on the observation deck of his flagship, with a Gunship and Punisher in the sky.

A Century Gone By

The title comes from the song that plays during an FMV at the end of disc 3 of Panzer Dragoon Saga.

A Portrait of Azel

A portrait of the Panzer Dragoon Saga character Azel. Shows her in the Craymen cloak she wears in the game.

A Portrait of Edge

A portrait of Edge, from Panzer Dragoon Saga / Azel.

A Ride Into The Dust

"Thinking back on all of the video games I've ever played, one title kept popping in my head. Good old Panzer Dragoon Saga. It was the main inspiration for this piece even though she isn't riding a dragon, more like a crazy hover-bike thingy."

A drawing of the Eye Wing form of the dragon from Panzer Dragoon Saga. Riding the dragon is Megurine Luka from Vocaloids.

In the artist's own words: "an acrylic painting of Lagi's base wing form done as practice". Not bad for practice!

Ever wondered what dracolyths look like when they become adults? He Who Is The Sky has created a miniature showing just that.

"Atolm breaks through dimensional barriers over the Uru sunken ruins. I wanted to capture a dynamic sense of motion, and the unimaginable amount of charge this dark monstrosity seems to harbour."

A digital watercolor-style painting of an Annihilator, a type of ship in Craymen's fleet.

Fan art of an Arachnoth attacking a group of Coolia herders drawn in Moebius' art style. 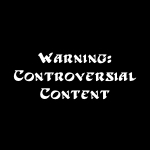 "I did about half of this in SAI and the rest in Photoshop. Another collaboration with CathyMouse2010."

A drawing of the Arm Wing in its Attack Class form.

A miniature of the dragon in his Arm Wing (normal class) form.

This picture of Arwen was drawn using a video of the game. Because there are not much costume art, videos are also important source material.

"I showed my husband this before I actually started coloring it and he thought it was a moth at first. It’s been a while since I last drew this awesome dragon."

A fan art of Atolm from Panzer Dragoon Saga.

A fan art of Edge and his dragon during their first encounter with Atolm.

A sculpture of Atolm from Panzer Dragoon Saga by Artelier Luna (also known as Moran).

"I didn't plan for this to be Atolm as a Pokémon, but that's how it turned out. 😂 I was drawing it and thought, 'This looks like a Pokémon.' I may make Pokémon versions of other Panzer Dragoon creatures later."

A digital fan art of Atolm that was created with brushes that mimic the look of real markers.